I Love My Fiance But...Chores.

As scary as this seems, I want to be more personal with these weekly blog posts. And I think the only way to really "reach" our readers is to be as real, open, and brutally honest as possible. With that being said, I want to share some of my personal experiences with my fiance, we shall call him Robert*, in this new blog series: I Love My Fiance But...

Just to give you a little history, my fiance and I met online. We dated, fell in love, and got engaged after 9 months of knowing each other. We never lived together before we got engaged so taking that crucial step of living under the same roof for the first time while also committing to each other for life was a little intimidating.

Robert and I have always had a lot in common when it comes to the big stuff: how to treat people (with respect and manners), how to spend and save money, and how to potentially raise our future children. However, when it came to the "small stuff" we really don't share much common ground. We don't like the same types of shows or Netflix series, we disagree on whether to live on the ground floor or top floor of our apartment complex (I won that battle), we even disagree on how to put the toilet paper on the roll...don't even get me started with this one.

As we have have been living with each other for almost a full year, tensions started to rise as the chores and responsibilities became nebulous. Our first mistake: we never talked about this stuff when we moved in together in the first place. So me, being me, decided to pick up the slack around the house: mopping the floors, doing the laundry, vacuuming, dusting, cleaning the bathrooms, the list goes on...

In the beginning, it didn't bother me. Why should it? I've been doing all this work myself since I was 18 and living in my own apartment. So why did it start to irritate the crap out of me after 9 months of being just fine? Listen up people! (And myself) Marriage is about TEAMWORK. Why in the heck would you be entering into a union or partnership with someone just to keep doing the same stuff you were doing when you were single?

I would like to tell you all that I handled the irritation in a mature and adult manner. But I didn't. Instead of talking to Robert about it right away I stewed on it for days. And became more and more annoyed. So annoyed it made me cry all the while my poor fiance has no clue how I'm feeling. I knew I couldn't approach this conversation with my frustration and emotion at the forefront. So after calming down and collecting my thoughts, I texted Robert and asked him if we could chat about chores when he got home.

It's always awkward to initiate these conversations, it's like "Hi Honey, welcome home, OK let's talk." The words most people cannot stand to hear. But the quicker you get down to business the better. We basically came to the conclusion that since we never talked about chores and responsibilities from the start both of us played a passive role, subconsciously assuming the other person would pick up the slack. I don't want to downplay this conversation I had with my fiance. It was tense and it was awkward. Both of us didn't want to back down on certain things but we were able to be respectful and compromise to reach neutral ground.

In the end we went down a list: Bathrooms? Me. Vacuuming? Robert. Bills? Robert. Laundry? We each do our own. Since that conversation things have gone relatively well. Does he still leave the toilet seat up from time to time? Yes. Do I still leave all my shoes by the front door at the end of the day? Yes. But are we both now aware of the effect it has on each other? Also YES. Progress people, that's all you can ask for in a relationship. It will never be perfect but it can always be civil and respectful. 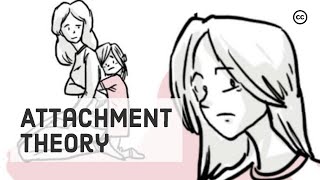